Pacific Atelier International, LLC (PAI) is an architectural design firm with extensive experience in many aspects of the profession. Since its establishment in 1995 in Honolulu, PAI is committed to achieve design excellence with sensibility for the multicultural Hawaiian community. 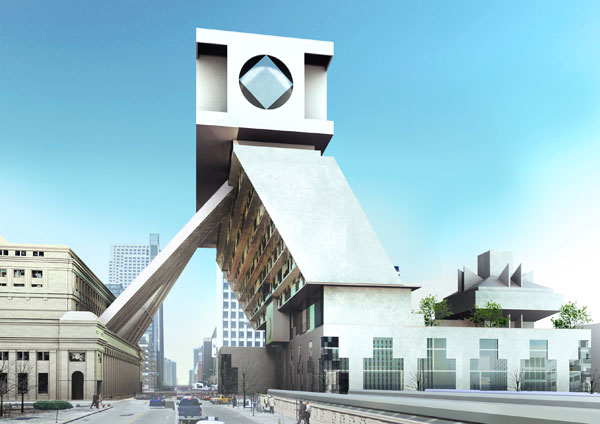 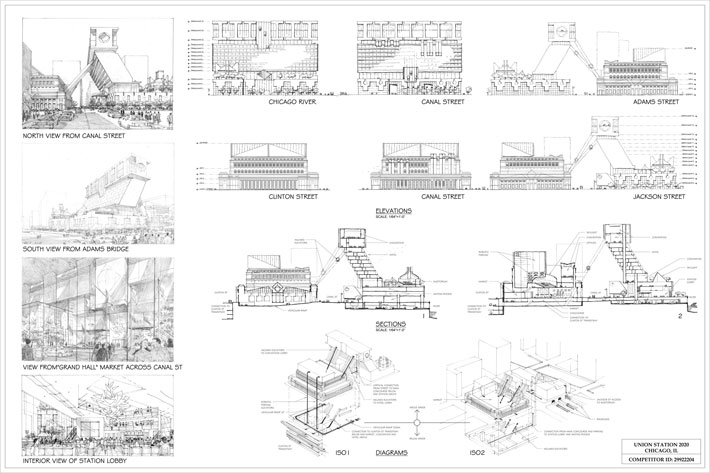 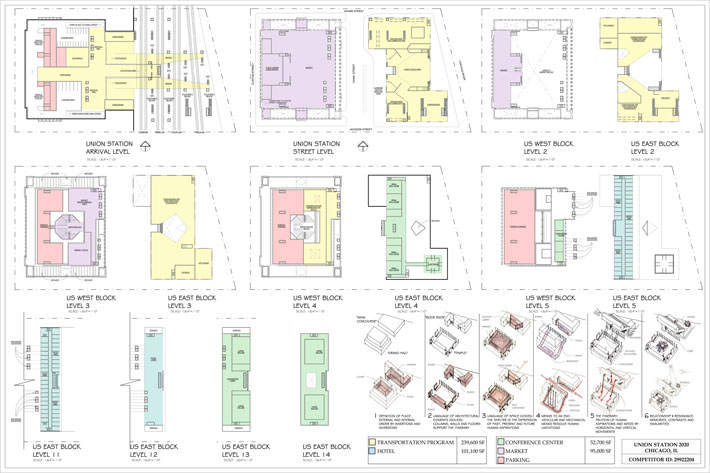 Union Station 2020 is an international design ideas competition for the conversion of Chicago’s Union Station into a high-speed rail hub, market and meeting place.

Unlike the more sophisticated plan of Savannah, rich in thematic variations based on sound military practices, Chicago, also founded as a military camp, quickly grew into a purely economic model through strict adherence to the repetitive rule. The paradoxical shortcomings inherent in theoretical mathematical solutions are evident in the two city blocks occupied by Union Station.

Although programmatic and humanistic requirements would have necessitated a search for spatial variations on the gridiron theme with a large tract of land set aside for its development, the solution to Union Station was instead found by technological means, e.g., subterranean rail & automobile service and underground pedestrian connections joining two distinct, glass covered public spaces depressed below grade, so fantastically engineered as to justify themselves, yet obfuscating the historical compromises. The fact that one of the two original spaces has been demolished and we are still trying to resolve the conundrum, only elucidates the paradox.

Given the inevitability of the historical premises, our proposal also avails itself of technological means and engineering histrionics, such as the inclined elevators connecting the concourse basements and street level market on the eastern block with the Convention and Hotel sky lobby floor on the top of the western block across Canal Street.

However, by placing the train station Lobby at street level, with river views and access to the outdoors, on one side, and by filling with the Market the entire ground level on the other, we searched to restore the human dimension with appropriate monumental scale.

The historical façade of the “Grand Hall” is maintained for its templar static quality in emphatic contrast to the dramatic effect of the proposed superstructure across the street, which, like a “projecting canopy” covering the entire rectilinear plaza in front of the station, leans as if to bridge an impossible chasm.

The robotic parking and other programmatic elements—convention, office, and market functions—are nested like Russian dolls into the “Grand Hall” without touching its envelope, as if suspended above the market with the Amphitheater at its core. In contrast, the Auditorium—visible from the bridge, Jackson Boulevard, the river, and the station lobby—is conceived as a distinct, recognizable, floating vessel placed almost outside the project limits as an urban point of reference.

We searched to resolve Union Station by artistic composition. Like the grand experiment of the Sistine Chapel, which turned traditional pictorial composition upside down by floating the mass of color (The Last Judgment) and reduced the middle of the picture to a white void to be filled by the imagination (The Creation of Adam), the Pindaric flight of the inclined elevators aims to transcend mere connectivity by becoming a charged spark between two sides of a whole, suspended in space and destined to remain in opposition.